Many businesses spend millions of dollars every year designing exciting visual displays that highlight their products. Think about department store windows during the holiday season. Stores like Macys, Nordstrom, and Neiman Marcus have become destinations as the result of their fabulous holiday season displays. The investments these retailers make to showcase their goods pays back handsomely in additional retail sales.

Contrast this with how many trade shows simply miss the boat when it comes to visual displays. Unfortunately, many trade shows are just visually boring. There, I said it, but don’t be discouraged; it is only a half truth.

As we return to live events it has become apparent they are principally about the networking opportunities involving exhibitors and attendees but it also includes interest among attendees with other attendees as well as exhibitors with other exhibitors. Trade shows are now all about in-person engagement and interaction that cannot be replicated digitally.

This networking can be enhanced in many ways, but more importantly, it can and should follow the example of retail department stores (despite the financial woes of large department stores that stems from changing consumer preferences) their visual appeal remains breathtaking in many cases.

If there’s one major takeaway from the virtual events that helped to fill the gap created in 2020 by the absence of face-to-face shows, it is this: visually engaging and fully customized branded booths are nearly always preferred by exhibitors over traditional drape that is not only boring but psychologically creates two categories of exhibit booths. Custom designed and constructed exhibits are the stars of most shows while traditional drape relegates those exhibitors to a much lower less desirable rank. We’ve created a two-state system inadvertently as a result.

When most visitors walk into the exhibit floor they are often initially enamored by the dazzling spectacle of the custom big budget island booths with their vibrant colors, awesome designs, and hanging signs. It’s not unlike the opening of a Broadway show. However, as you progress further into the show, you typically see the same old dreary appearance of the, often drape, inline booths. Welcome to the other world. The user experience has drastically changed from the Broadway experience, to a random sedate side street experience.

You may be wondering, what you can do about those inline booths that don’t have the budget to showcase their brand as dynamically as island booths? Those smaller to midsize companies that spend the lot of their marketing budget for your event in the hopes of gaining more business are often overlooked by the casual attendee or exhibitor. This, despite the fact, that inline drape 10’ x 10’ exhibits are the financial backbone of the industry by virtue of their numbers compared to the large island booths.

What if, you could deliver to them that powerful “wow factor” branding experience of an island booth at a fraction of the cost?

What if, you could provide them with an extraordinary custom graphics-laden booth that would move them into the spotlight?

What if, you could now generate a new and significant direct revenue stream as a result instead of hoping for indirect revenue from miscellaneous revenue from show services and required add-ons seldom read in the fine print of your exhibition contract?

What if, you could do all of this for each of your inline booths? Adios, second class exhibits. Your show now becomes an equal opportunity showcase for every exhibitor regardless of the size or cost of their exhibit booths.

Well, we have news for you. We believe the days of the same old same old, are done. Visually boring inline booths lining up and down the aisles are now history. We believe in you, the wonderful progressive organizer, who can deliver beautiful graphics that help your exhibitors stand out and draw more leads and attendees to their booths.

With the imminent return to live events now within reach, organizers can seize a preciously rare opportunity to provide the small to midsize companies with a truly game-changing breakthrough. These exhibitors are the financial epicenter of our events.  We think we have an obligation to help them stand out from the crowd. What better welcome back to F2F events gift could we give them?

Do you want to help your exhibitors Show Better? Of course you do: we all do! 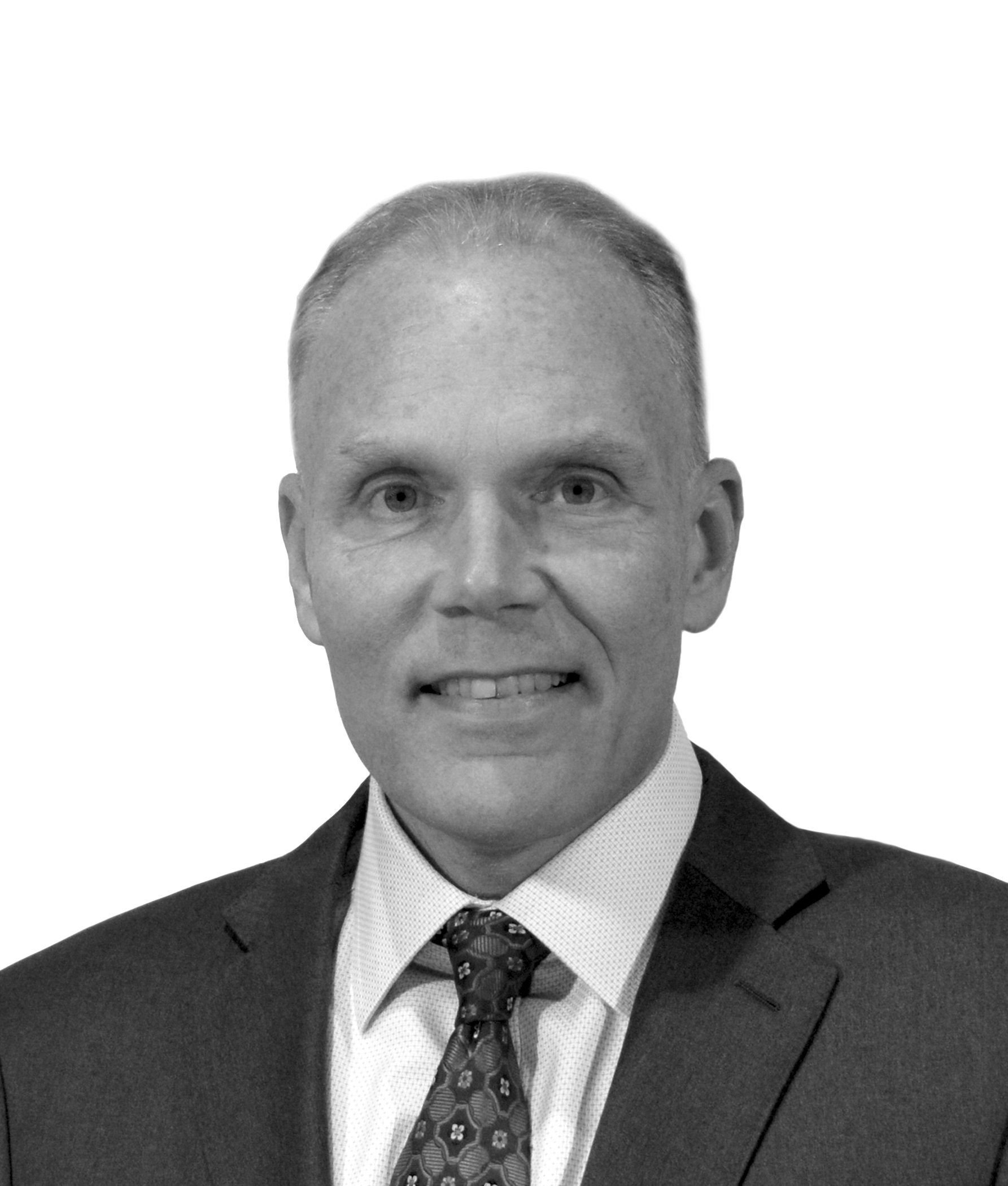 Serving as Senior Vice President of Sales and Marketing, Joe Cascio is a 22 year veteran of the Exhibition Industry with a diverse background in Event Production and Venue Management. Joe previously served as General Manager for two private convention facilities in New Jersey managing all aspects of the day to day operations for both venues. Joe is proud to serve as Chairperson on IAEE’s Consumer Event Council connecting the Public Events sector of the Exhibition Industry with venues, suppliers and resources. A resident of Metuchen, New Jersey with his wife Jennifer and daughters Sophia and Olivia, Joe is a pillar within his community actively involved with local Chambers of Commerce as well as several non-profit organizations.

Outside the office: Joe enjoys playing golf, running and relaxing at the Jersey Shore.

joe@smtexpo.com
Connect with Joe on LinkedIn 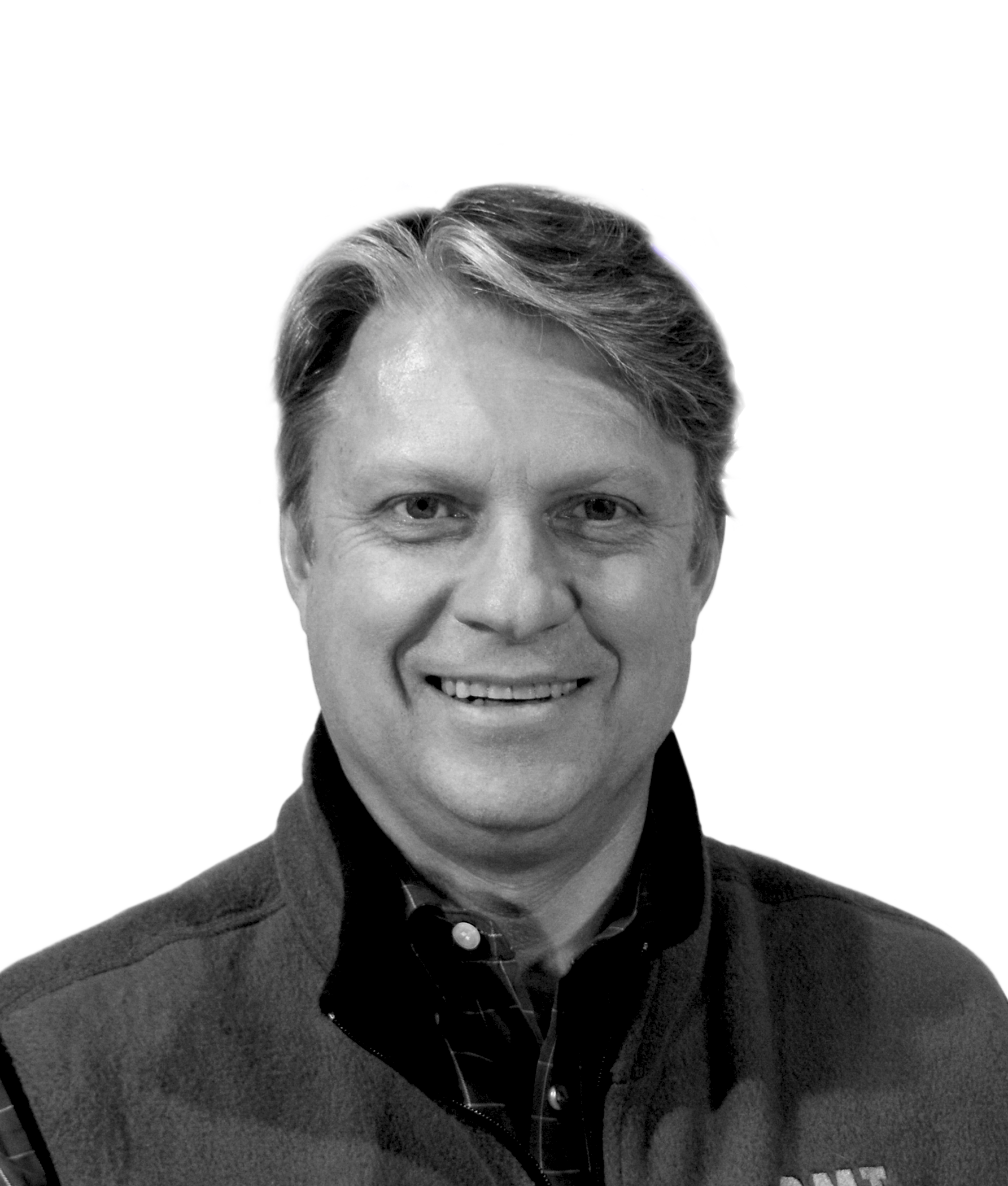 Steven brings over 30 years of experience in building long standing client relationships in delivering their Corporate Meeting/Events, Video Production and customized Trade Show solutions. These experiences form the foundation in growing the client roster within SMT expo and expanding our footprint within our ever-expanding industry. Drawing upon this expertise and his ability to navigate our industry waters, he is extremely excited about the future and growth of the SMT expo Booth System and associated product lines within the Trade Show and Corporate Event worlds.

Outside the office: Steven enjoys spending time with his wife of 35 years Anne, his children and granddaughter Kate. And, always looks for the opportunity to play a round of golf, as long as there is limited snow in Connecticut. 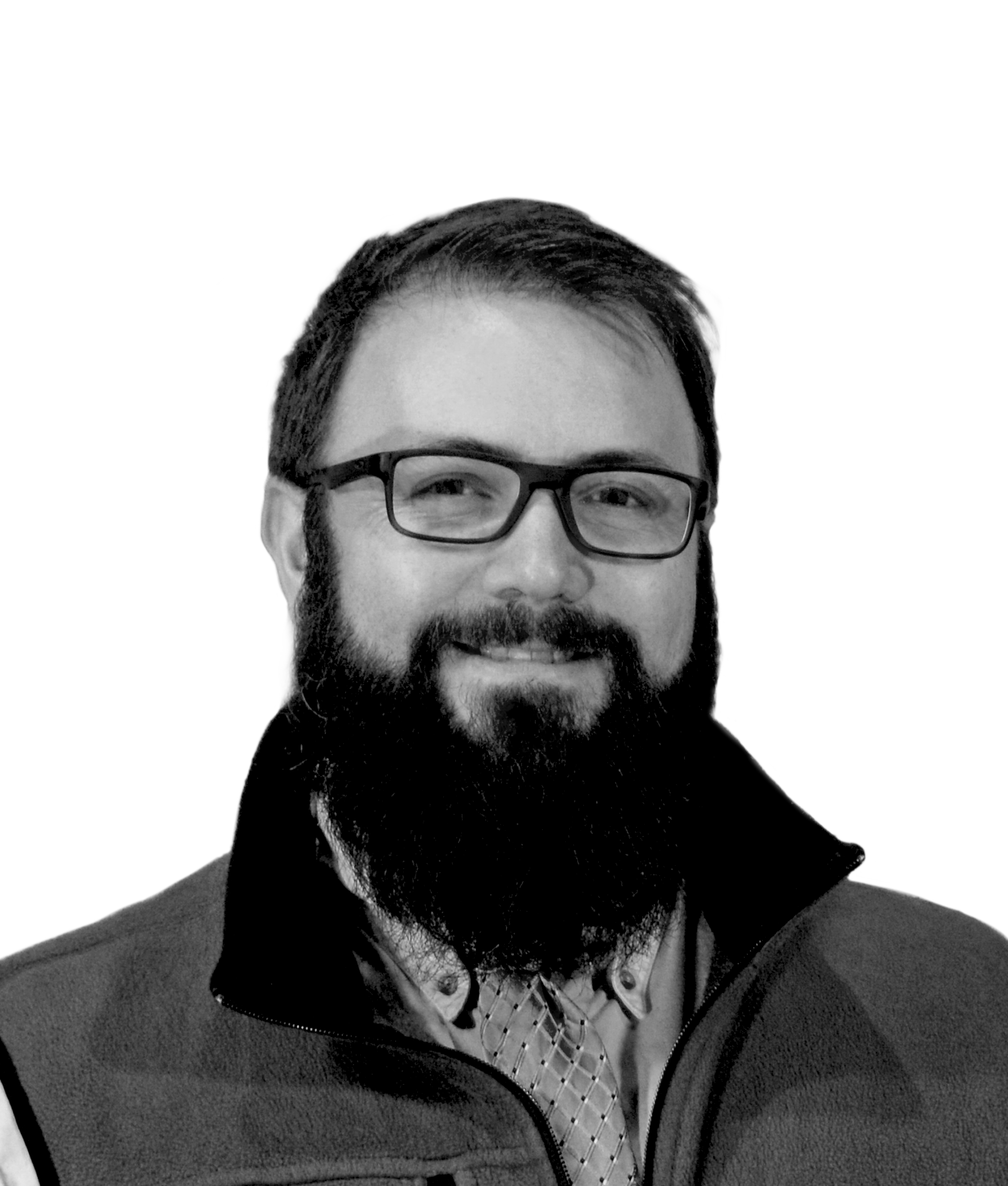 As our design engineer, Rich brings over 18 years of experience as an industrial designer, an engineer and a craftsman in product development and manufacturing environments. His experience as a design engineer with extensive hands-on custom fabrication experience enables SMT expo the capacity to have rapid concept development, prototyping, product testing and release for production all in-house. He uses traditional manufacturing fundamentals with modern computer technology to deliver innovative products. Rich is a Certified SolidWorks Professional and holds advanced certifications in: Drawing Tools, DriveworksXpress and Weldments. He is VAR trained, with experience in advanced part modeling, large scale assemblies, documentation and photorealistic rendering.

Outside the office: Rich enjoys being a volunteer emt, a blacksmith and new father. 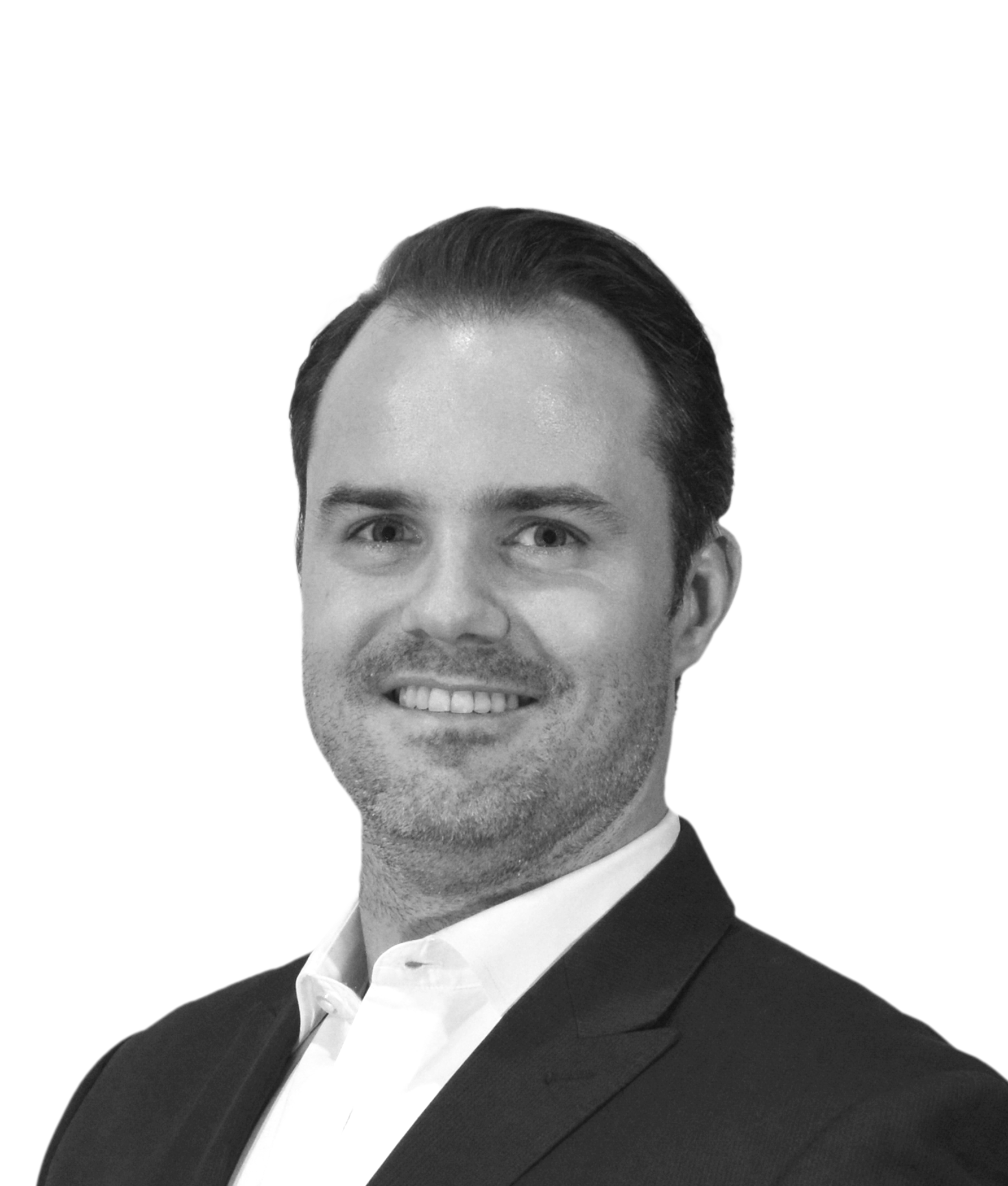 As the current Vice President of the Industrial Product Sales group for SMT expo’s parent company, Glenmore Industries LLC, Scott brings to SMT expo 8 years of experience and exceptional abilities in direct management of manufacturing at the factory level, which is seldom seen in the event industry. Scott’s experience in growing the Industrial Products Group, afforded him the foresight to focus his complete attention toward fostering the growth and development of SMT expo, from early on. In addition to bringing the EXPOKNIT® (Softwall) Booth System to mass market, Scott has been spearheading the expansion of SMT expo’s product line to the many areas in the event industry in need of updating, from corporate events and custom booths to pavilions and full floorplans. This unique foreign manufacturing hands-on experience enables Scott to quickly translate the specific needs of the customer into defined product features, delivered with the goal of complete customer and client satisfaction.

Outside the office: Scott golfs with his lifelong friends every opportunity he gets (basically never) and he is the co-founder of a successful golf accessories company, Scratch Sundays. He is a “die-hard” NY Rangers fan, and hopes that someday his Mets will be just as enjoyable to follow. Scott and his wife, Jessie, live in NJ with their young son Oliver, and the company mascot Otto, a yellow lab named after Scott’s alma mater, Syracuse University.

scott@smtexpo.com
Connect with Scott on LinkedIn 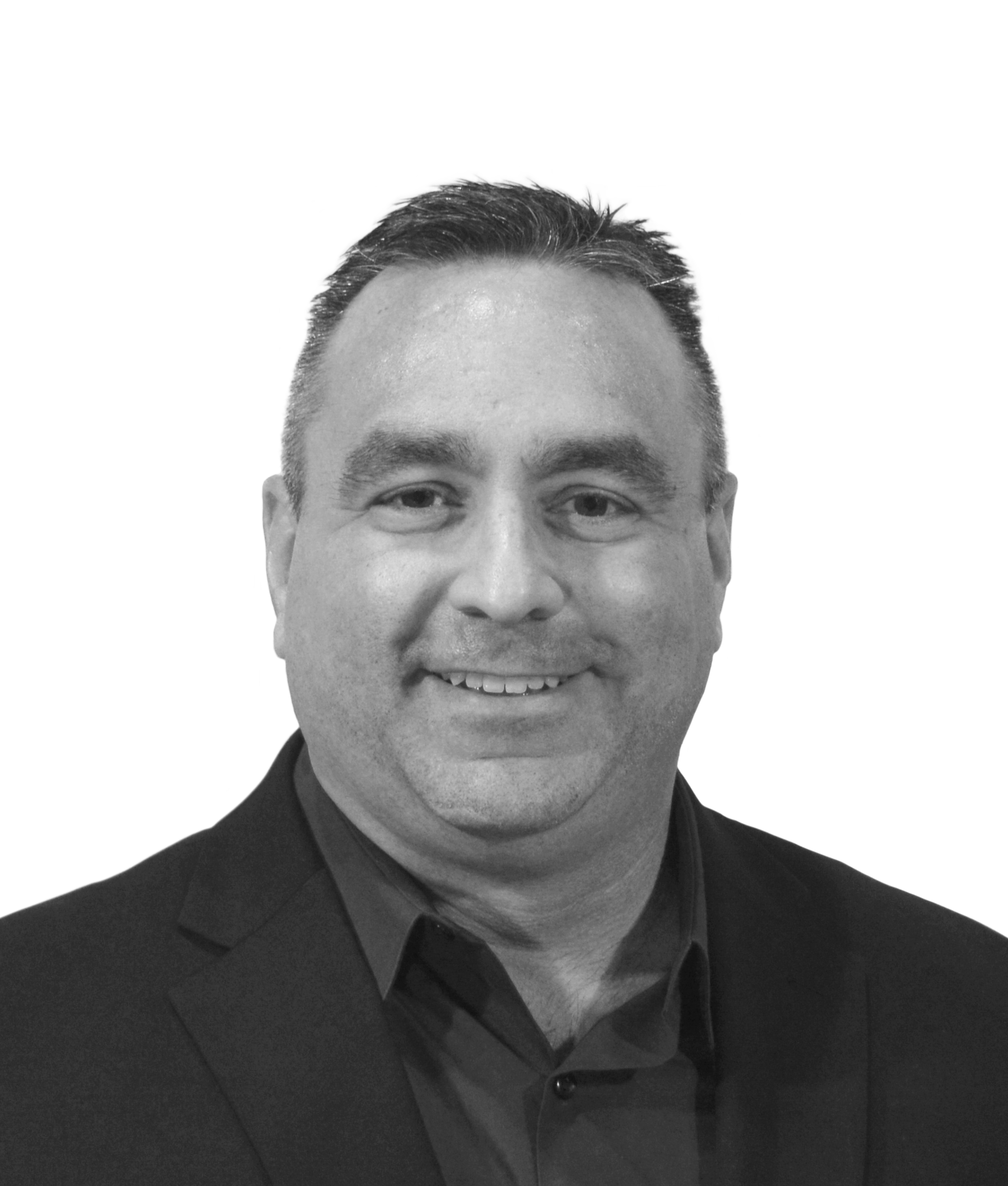 Stephen serves on the executive team and overseas the various aspects of operations for both Glenmore Industries and SMT expo. Earlier in his career he held various executive positions in retail buying, purchasing, production, global sourcing and logistics. His 30 years of experience in all aspects of business provides strong leadership within the management team.

Outside the office: Stephen’s strengths continue, he is a competitive amateur boxer, and previously competed at high levels in Strongman, Highland Games and Powerlifting. 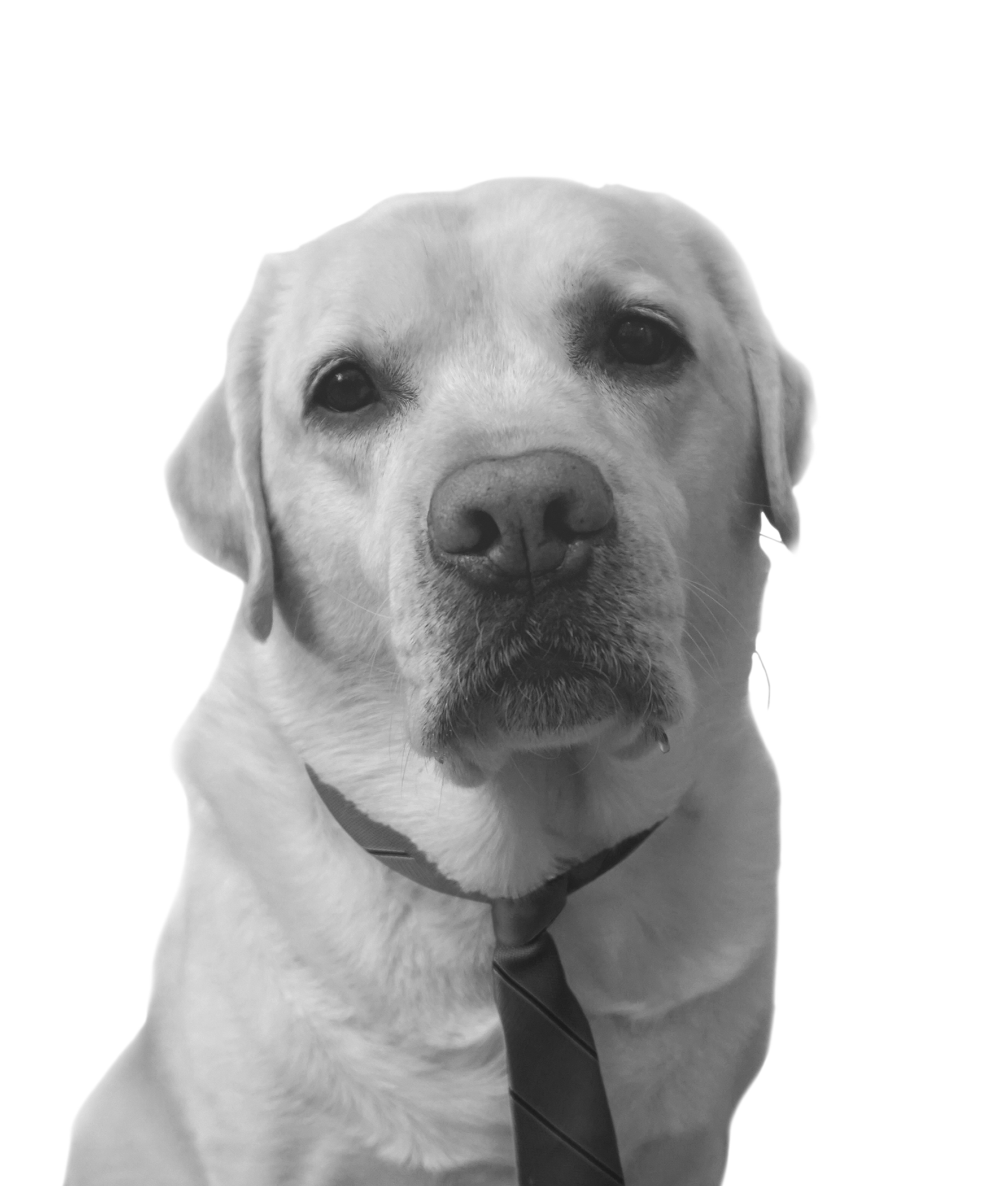 As an original founder of SMT expo, Otto has 5+ years of rigorous training to provide affection, comfort, and love to his colleagues. He excels in team settings and embodies the family-like environment here at SMT expo. Otto’s extensive doctorate thesis research in corporate globalization and canine interaction, has paved the way for cultural and species diversity within the workplace. So if you feel the need to interact with Otto, please stop by the office or follow him on Instagram @OttoAndOllie! 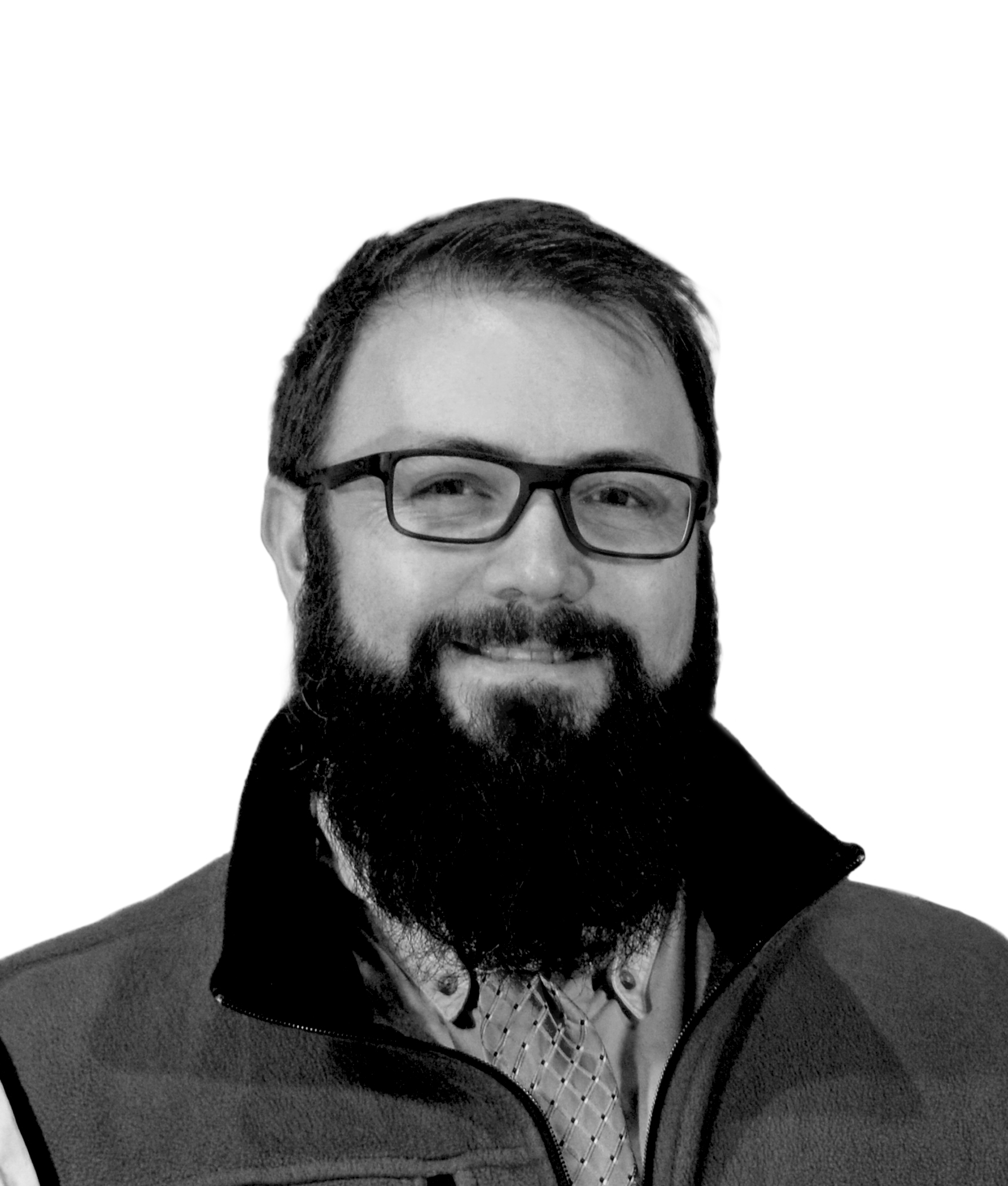 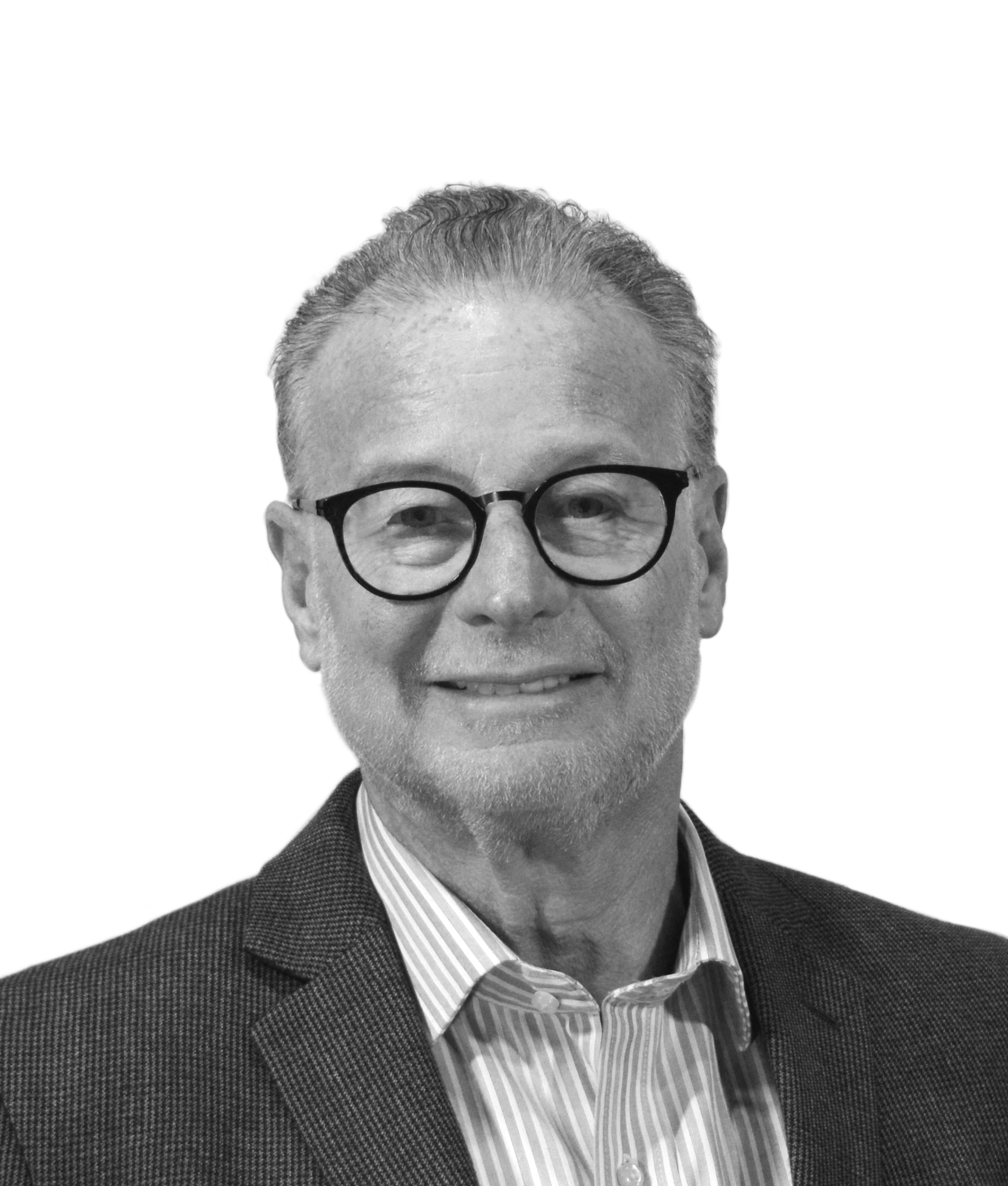 As President of the SMT expo parent company, Glenmore Industries LLC, Harold has built a diversified manufacturing enterprise with facilities and offices in New York, Taipei, Hong Kong, Shanghai, Ho Chih Minh City, and London. Harold’s foreign manufacturing experience dates back almost 40 years. With manufacturing experience in plastics and textiles, the SMT expo exhibition booth is the newest venture for Glenmore, which is sure to add to the success of the parent company that has seen expansion through 3 generations.

Outside the office: Harold enjoys … 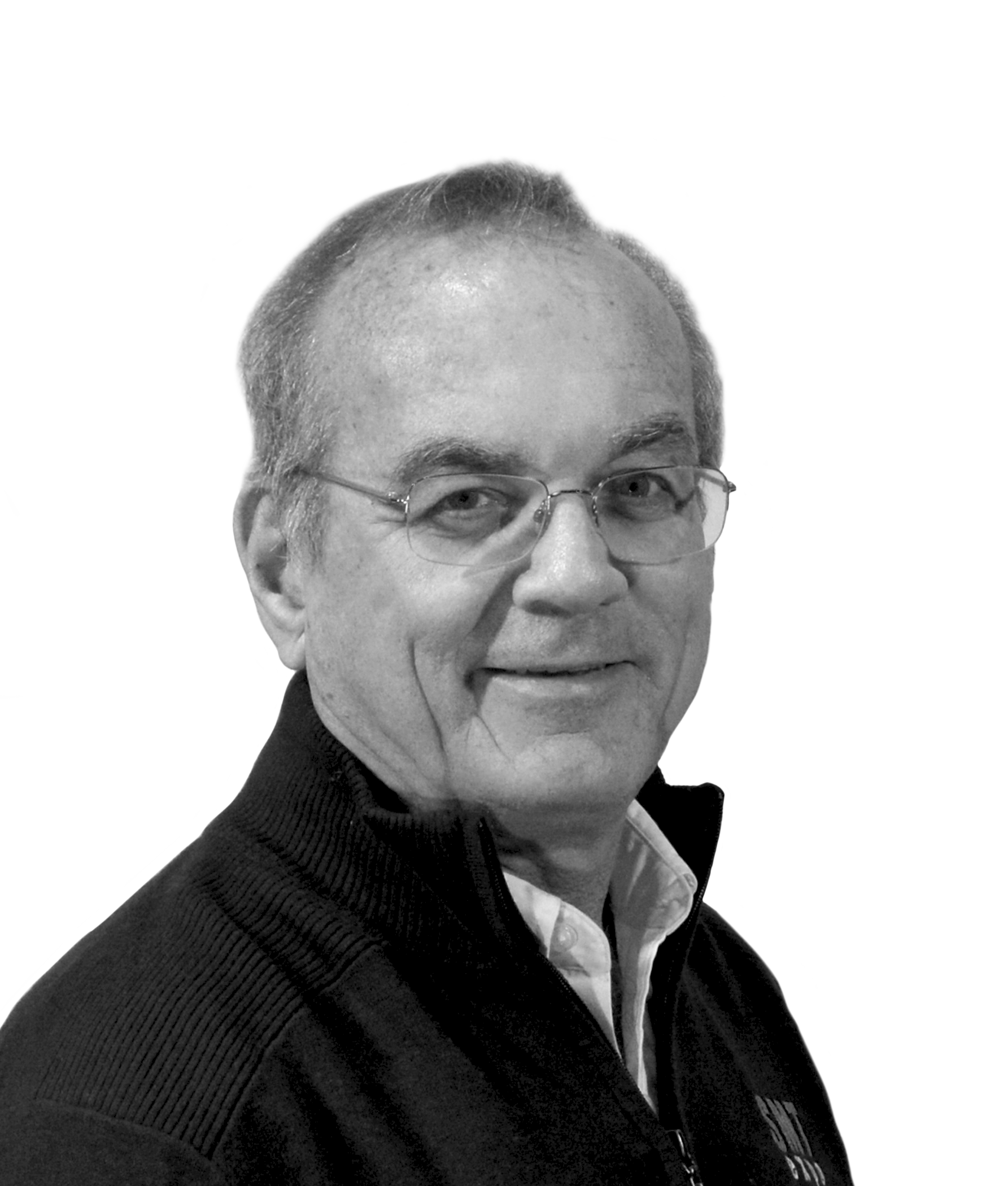 Gary brings to SMT expo over 30 years experience in the special event industry, with the last six years in the trade show industry as production manager and business development manager. Working for trade show decorators in South Carolina and Ohio, Gary has proven his experience and insight. As the Regional Sales Manager for SMT expo, Gary brings a complete understanding of the decorators prospective from production to customer end use. He realizes that SMT expo provides a paradigm shift to the industry in how the show floor looks over traditional pipe/drape and hard wall systems. Gary has a degree in Architectural Engineering and has always been hands on management in the special event industry. He resides in Columbus, Ohio.

Outside the office: Gary enjoys …

With a degree in architectural design, Patrick is the inventor of the SMT expo booth. Patrick’s direct involvement on the trade show floor while employed with several leading Contract Decorators, and now as a consultant, provides experience and technical prowess to our team. His insight and understanding of the logistical challenges, the rising labor and freight costs, as well as a proficiency for floor layout and design enables our team to analyze our customer’s needs and convert those to cost savings. Patrick will continue to provide inspiration, in design and innovation, to broaden the SMT expo new product efforts.